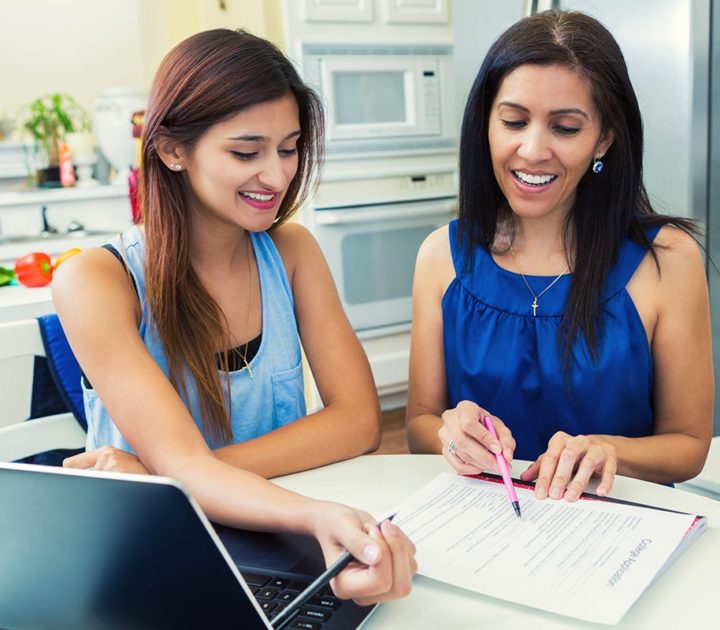 Every year, the Australian Department of Immigration and Border Protection receives thousands of work, family, student and migrant visas – many will be successful, but thousands will be knocked back.

Some applications will be refused because of fraud or ineligibility, but a number are denied due to innocent mistakes, inconsistencies or misunderstandings.

Work, family and business visas in particular can require a lot of substantiating evidence.

Relationships have to be proved, qualifications and work histories have to be demonstrated and asset holdings need to be shown.

The migration agents we spoke to said that everything you claim has to be demonstrated with evidence.

“It’s not just your word – information needs to be independently verifiable,” Prasad says.

“I look at it in the same way I look at going to court,” Bentley says, “it’s all about addressing the evidence to make sure it’s all clean and all consistent and won’t raise any questions.”

Some sources of evidence can be more influential than others, Rayner says.

The Immigration Department will cross-check all of the information submitted, as well as bring up previous visa applications and government records to check for consistency.

Clearing up an inconsistency, even if it was innocent or accidental, can delay the process, cost money for professional advice, and potentially risk a denial.

Glenn Rayner tells us the Immigration Department appears to be increasingly vigilant, and doesn’t hesitate to raise issues.

“We had a case with one applicant who stated he separated from his partner in December 2010, but in an unrelated application said he was married until early 2011,” Rayner says, “the Department wrote back to say they’d caught him out.”

At the time he lodged the first application, the client was actually trying to reconcile the relationship.

“We had to explain that you can only pick from a drop down list on the form, so you can only be either married or separated in the document, when in reality you can be both,” he says.

The importance of accuracy is something all three agents agree on.

“We’re seeing a lot more applications getting picked up because of small, often very innocent mistakes,” Glenn Rayner tells us.

“We always have other co-workers check over our work here,” she says, “you can’t afford to be 99% correct.”

Zeke Bentley agrees, he says it’s important to check everything.

“Someone who’s never been through it before won’t necessarily know how easy it is to make an inadvertent error or oversight.”

“One of the things that we look at is their visa history, to make sure it marries up with the dates they’ve included on their forms.”

Acting with total honesty and integrity throughout the process is important, and if you get caught out the consequences can be serious.

The Department can issue bans on lodging further applications, and it will reflect poorly on your character for all future attempts.

“My advice to all my clients is to be honest, full stop,” Rayner tells us.

“You’re much more likely to have a visa refused for trying to hide something than disclosing it – and obviously with the government now there’s a massive cache of data they share to catch out omissions,” he says.

Being organised and laying out your documents logically and coherently can make the application process faster and easier for both the applicant and the assessor.

Highlighting relevant sections in documents, making sure they’re in chronological order, and that files are orientated the right way round is advisable.

You should make sure anything that requires translating is submitted with both the original and the translation.

“If you can make your application as pretty as possible – for want of a better word – and as easy to understand and digest for the case officer, you’re going to make life easier for yourself,” Rayner says.

6 – Be aware of inconsistent public records and social media profiles

Applicants should be aware that the Department will search through public records and social media profiles, and  verify educational records with the original institutions.

“Be aware of other information that could be out there that people could draw assumptions from,” Zeke Bentley says.

There are legitimate reasons for some inconsistencies, but anticipating them and pre-emptively explaining potential concerns is the best approach.

“We had a case of a gay couple who did not put their relationship on Facebook because they were concerned about homophobia,” Bentley says.

7 – Abide by timing and deadline rules

Being aware of timings and submission rules is important, as the Department can be quite inflexible.

For example, there’s a requirement for some visas that you pass an English test and submit the results in the first part of the application.

“Even if you pass the test with flying colours, you can be refused because you didn’t submit the exam results at the same time as the rest of the application,” Bentley says.

You should not only be aware of deadlines, but also expiration dates.